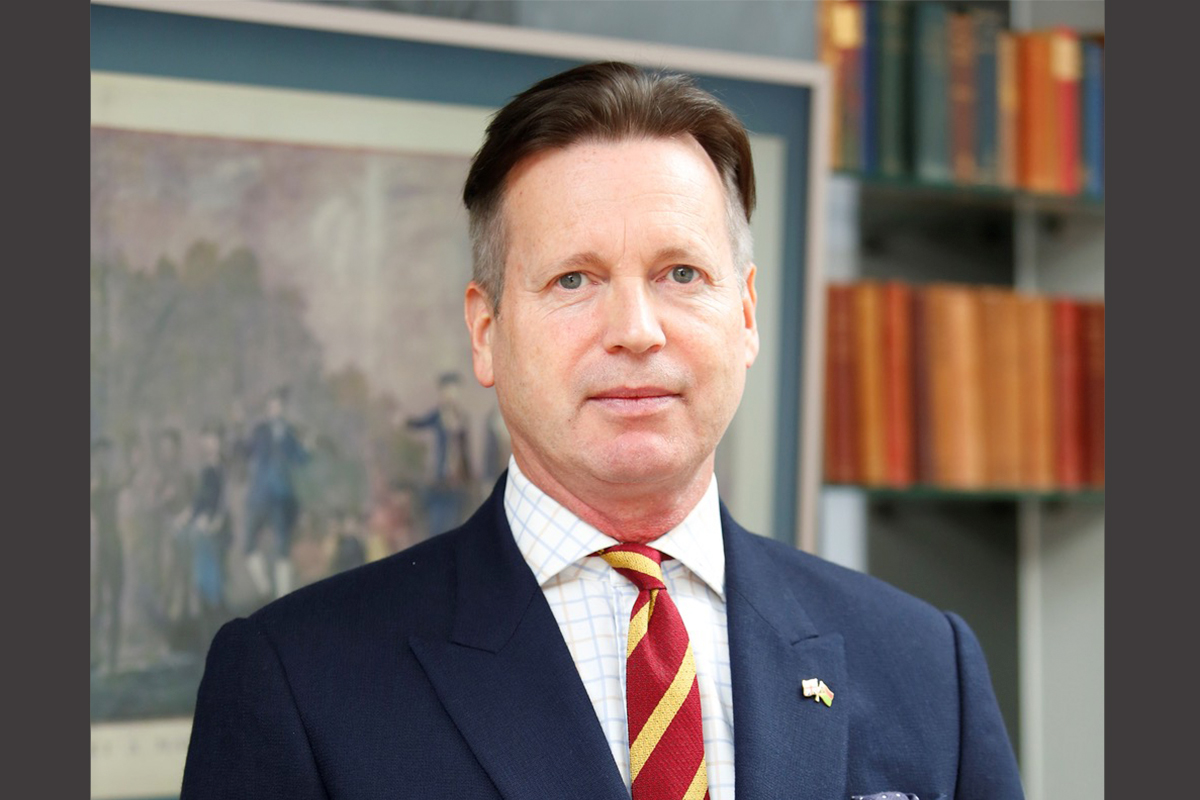 Posted at 14:25h in global by Author One 0 Comments
0 Likes
Share

James Elcocke-Harris, Honorary Consul for Vanuatu to the United Kingdom, on how the island paradise is a rising CBI destination

Could you give us a brief summary of the evolution of Vanuatu’s Citizenship by Investment Program?

The Vanuatu program has gone through several iterations. Although we launched our first program in 2013, our current principal program is called the Development Support Program, or the DSP, which was launched in January 2017.

What are the top priorities for 2021?

The program has exploded in popularity during the last 18 months and that is even despite Covid-19. Indeed, it may very well be due to Covid-19, but perhaps that is another question. Particularly coming out of the Middle East as a hub for the citizenship by investment (CBI) industry, we have seen Vanuatu command a significant amount of interest. Partly I think it is because of a growth in familiarity with the program, because of the many speaking engagements I have had at conferences around the world, spreading the word about the program on behalf of the government. The great appeal of Vanuatu—apart from being a virtual paradise, of course—lies in its streamlined, straightforward application process. As we know, many candidates are asset-rich and time-poor, which makes this program extremely attractive.

What makes the offering in Vanuatu stand out compared to other CBI programs in the region?

Vanuatu is most often compared with the Caribbean programs, although those have a head start of about 10 years in terms of evolution and maturity. In some ways they are better managed and market-distributed. However, Vanuatu is closing that gap and certainly intends to sit alongside the others as a top-tier program in the years to come. For now, the main differentiation of our program is that, because of its streamlined nature, the turnaround time for receiving citizenship is around 45 to 60 days, and that is a consistently achievable figure. Many of the programs around the world talk about the speed of completion and do not follow through, but I can assure you that in the case of Vanuatu, the estimation is accurate.

Much like the Caribbean programs, Vanuatu offers optimum global mobility, because it is a Commonwealth country. People like to travel with alternative passports for personal security. These days, sometimes carrying a passport of a very non-aligned, peaceful, remote country has indispensable benefits. Throughout this Covid-19 period, Vanuatu remains one of about five countries on the planet that has managed to remain Covid-19-free, and the remoteness which was previously seen as a bit of an impediment is going to be looked at rather favorably going forward. Hopefully, Vanuatu will capitalize on the fact that it is a remote, peaceful, ecologically pristine, chemical-free Pacific island nation. When you put it like that, it has a genuinely nice ring to it.

As the program becomes more mainstream, we would like people to increasingly see Vanuatu as a potential investment destination. Just last week the Vanuatu Parliament passed a real estate option which will be brought in this year, giving people the option and the opportunity of investing in real estate in Vanuatu. In addition to the current donation path, we believe that this diversification will make it more of an attractive investment destination,

I have taken up a role as the honorary consul for Vanuatu in the UK to assist the island in developing its international profile and bridging the communication gap between far-off Vanuatu and the rest of the world. I am doing a similar project in the Middle East in Dubai, so we are going to have better nodes for the distribution of information to further enhance the profile of Vanuatu in the international sphere. In short, we have got some exciting new transitions, one of which is allowing people to play a much bigger investment role through real estate, and we are currently working on these plans with the Middle East and the UK market.

Do you see more demand now from the UK market since Brexit?

I cannot say I have noticed a direct Brexit effect yet, but I think that is partly also a function of familiarity and exposure to the Vanuatu program. I do not think people are particularly aware of Vanuatu as a CBI program as yet, and because of Covid-19 the launch in the UK was postponed until the end of this month, further stalling my efforts. Previously, Vanuatu only had an embassy in Brussels. Post-Brexit it has become necessary to forge a more direct relationship with the UK government and the UK as a whole. I have already had a few inquiries actually, even without a full-blown launch. People realize they need different options now, even for what we call resilience planning. If you are moving and working around Europe, it is not as automatic as it used to be, pre-Brexit, so there are several discussions happening which may translate into take-up.

Where would you say are the biggest source markets today for the Vanuatu Investment Migration Bureau?

Certainly, the Middle East continues to be the major hub. We are also seeing stirrings in the US market, as other people are. The continental African market is fairly robust, particularly out of Nigeria, but other markets there are also waking up.

Could you please relay to us the different challenges and lessons learned from building your programs’ reputations in Vanuatu from the ground up?

Again, the issue is Vanuatu’s remoteness. It is quite difficult for people in Vanuatu to see and to relate to what is going on in the rest of the world. Credit must be paid to the government for conceptualizing and successfully launching a CBI program. Many other countries in the Pacific would like to emulate Vanuatu, but they have not been able to be as effective.

The Caribbean programs have reached a certain level in terms of international recognition, standardization and acceptability. I have been strongly encouraging the government to get engaged with international third parties who can assist them with both the positioning of the program and perhaps more importantly the processing side with due diligence, which is closely observed by bodies like the EU and the European Parliament. In fact, the EU is leaning on Vanuatu to ensure that the program is up to par in terms of due diligence and processing standards, to keep its visa-free privileges and its respectability as a program around the world. Our presence in London and in Dubai will help Vanuatu achieve the position it seeks. The chairperson of the commission himself has said he wants Vanuatu to be recognized as a top-five global CBI program. Undoubtedly, the incumbent government which was voted in a year ago in March has made significant progress in being more outward facing, listening and engaging with the rest of the world for the benefit of the program.

Are you currently accepting applications?

Our program has not changed in format since its launch in 2017. The new evolution of the program will be the real estate option. Again, I am at pains to point out here that it is one thing to announce the launch of a real estate option, but the actual successful implementation of such a program needs to be done with a lot of care. We have seen that there are lots of examples from other countries—and I am looking at the Caribbean in particular—where mistakes have been made and reputations have been damaged. Therefore, I am impressing on the government in Vanuatu that, rather than just trying to work out how to do this themselves, they need to look, learn and take third-party advice from people who have done this before, and avoid trying to reinvent the wheel. They must simply take models and examples that are proven to have worked elsewhere and replicate them in Vanuatu.

Do you have a final message for the readers of Newsweek?

In the imminent post-Covid-19 world, I think people will have really reassessed their priorities and be thinking seriously about resilience planning. I would like the world to know about this remote, tropical South Sea pearl which, as I often remark, has the beauty of being Covid-19-free, crime-free, tax-free… What is not to like? It is a beautiful paradise, and I really hope that more people will make the effort to discover it. It is a long way away on the other side of the world: most people have to go through Australia to get there, but it is well worth the journey. It is officially one of the five happiest countries on the planet, and I can guarantee that you will not get a warmer welcome from more good-natured people anywhere else on the planet.